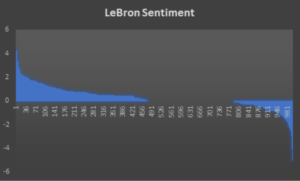 Nike and LeBron James have been busy this summer. LeBron opened his “I Promise” school in his hometown of Akron, Ohio. With the opening of his school, LeBron will serve 240 at risk youth who are coming of age in a situation similar to his own. LeBron is giving the gift that keeps on giving, and Nike is on the receiving end. Combined with his new HBO show “The Shop,” and his latest shoe release designed by 3 Black women, Nike is cashing in on diversity. Arguably, the most controversial move by Nike this summer was the ad and open support of former NFL player, Colin Kaepernick. With LeBron and Kaepernick leading the charge, Nike has decided to bank on the future. The demographic most upset with the Kaepernick ad are baby boomers. Nike has decided to put its faith in millennial’s and generation Z. The move appears to be the right one as Nike sales have increased more than 30% since the Kaepernick ad. By 2020, spending by millennials is projected to reach $1.4 trillion annually according to Accenture. Furthermore, Twitter data and sentiment analysis collected by R display the overall positive sentiment of LeBron James. The above chart is the culmination of more than 4000 tweets and the overwhelming majority is positive. Tweets by many users are praising LeBron’s new show, his latest shoe release and of course the “I Promise” school.  By backing LeBron James, Serena Williams and Colin Kaepernick, Nike is making a bold move by attempting to secure the bag through its young and diverse target market. Banking on diversity is the right choice. Brookings.edu estimates that the US will be a majority minority nation by 2045. Once again, Nike sets the standard and does so with force.